Here are some of their stories:

Surrey-based Tim Stevens will be riding the event for the second time to raise funds for the Evelina London Children’s Hospital, which has supported and cared for his daughter Emilia since birth. Emilia, now three, was born with congenital nephrotic syndrome, a rare genetic kidney disorder. Having had one kidney removed age six weeks, Emilia required a kidney transplant and dad Tim was a willing donor. After a long and difficult three years for the family, Emilia is now making good progress and, with the help of the Evelina, she is looking forward to a happy and healthy future.

After his own personal battle with cancer, Kevin Moden from Sussex will be riding to raise money for The Royal Marsden Charity. Following his diagnosis of stage three melanoma, a form of skin cancer, in 2015, Kevin has been treated and cared for by The Royal Marsden and he has taken part in a medical trial examining the effects of immunotherapy, a type of cancer treatment designed to boost the body’s natural defences to fight cancer. The dad of two is now determined to raise money for the charity which he credits with saving his life.

After watching her husband complete the 2015 Prudential RideLondon-Surrey 100, Surrey resident Catherine Farrow decided it was time for her to take on the cycling challenge. Riding for the charity MS Society, Catherine is hoping to prove that you can do anything you set your mind to. Having been diagnosed with multiple sclerosis three years ago, Catherine has set herself the target of completing one sporting challenge a year and the 100-mile sportive is this summer’s goal.

Riding for his grandson Noah is Anthony Dixey from Leicester. Noah, now three, suffers from the genetic disorder Alagille syndrome which affects the liver, heart and kidneys. Since being diagnosed aged 3 months, Noah has battled with liver disease, kidney failure and other related complications. Supporting Noah and his family has been the charity Kidney Research, and Anthony, who will also be celebrating his 60th birthday on Ride Day, has taken up the challenge of riding the 100-mile sportive to raise much needed money and awareness for the charity.

Colin McNeill, from Huddersfield, will be riding the 100 for WellChild, the 2016 Official Charity of the Year, which has helped him and his wife Jill cope with the difficulties facing them after their son Noah was born seven weeks premature. Diagnosed with a collapsed windpipe, Noah was kept in intensive care at Alder Hey Children’s Hospital for eleven months. WellChild Nurse Elaine was on hand to help prepare Colin and Jill for Noah’s arrival home, including training them in using a ventilator. Now five, Noah is thriving at home with his family thanks to the help and support of WellChild. Colin will be riding the 100 to say thank you and raise money so that the charity can continue to support other families.

This is just a small selection of stories from this year’s riders. Read more 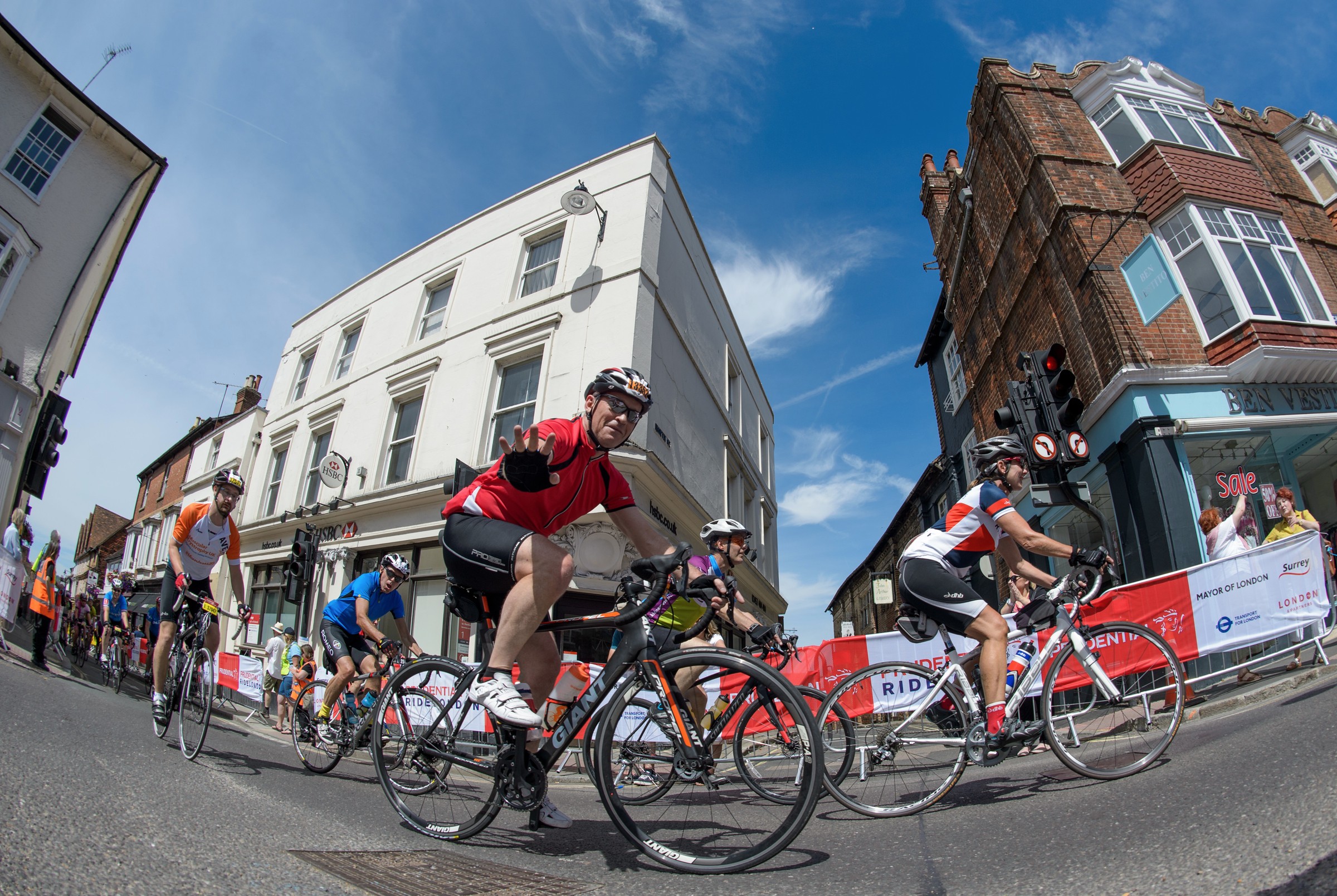